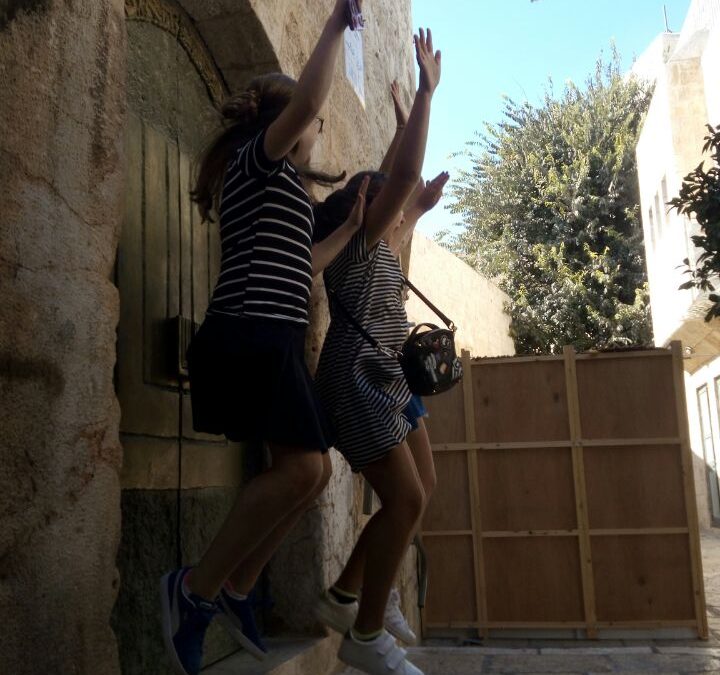 On May 5th 1948, David Ben Gurion reading the words of the scroll before him, declared the Independence of the State of Israel.  In Israel, ten of thousands of Jews took to the streets to dance and celebrate.  At the same time, all over the world, Jews celebrated in their own houses and communities. However, the moment was bittersweet.  In the War of Independence that followed, the Old City and the eastern neighborhoods of Jerusalem fell to the Jordanian Legion.  For the next 19 years Jerusalem was split.

A story is told, that in 1967 Six Day War, when the Israeli Army liberated the Jewish Quarter street by street, one of the leading officers reached the Istanbuli Synagogue in the quarter.  While his soldiers watched, he approached the door, and put his hand above it, feeling for something on the ledge.  Eventually he showed the soldiers around him what he had found – the key to the door!  He told his men: “In 1948 when we surrendered, I locked this door, I hid the key and I promised that one day I would return to open it.  Well now I have returned, we are back!”

This year, 2017, marks the remarkable jubilee of our return the Old City of Jerusalem and its holy sites. It marks the reunification of the Jerusalem.

At Israel ScaVentures, we’re celebrating Yom Yerushalayim, Jerusalem Day, all year long!  All of our Jerusalem Scavenger Hunts (in Jerusalem we run seven routes) tell the story of Jerusalem and through a super fun tour game you will discover the most significant people, places and events. We especially recommend that you join us this year on one of these jubilee routes:

Jerusalem Jubilee Scavenger Hunt – Celebrate 50 years of Jerusalem’s reunification on this AMAZING route that runs from the new city to the old! This was especially developed to play in Jerusalem 2017!

Of course we have many more scavenger hunt routes in Jerusalem that will engage your family/group with many different neighborhoods – including the Shuk Dash, Nachlaot Scavenger Hunt, Windmill Dash and more. Whatever you choose, make sure that you come and celebrate Yom Yerushalayim, the Jerusalem 2017 Jubilee, on a Jerusalem Scavenger Hunt, this year in 2017!