The Eight Gates of Jerusalem 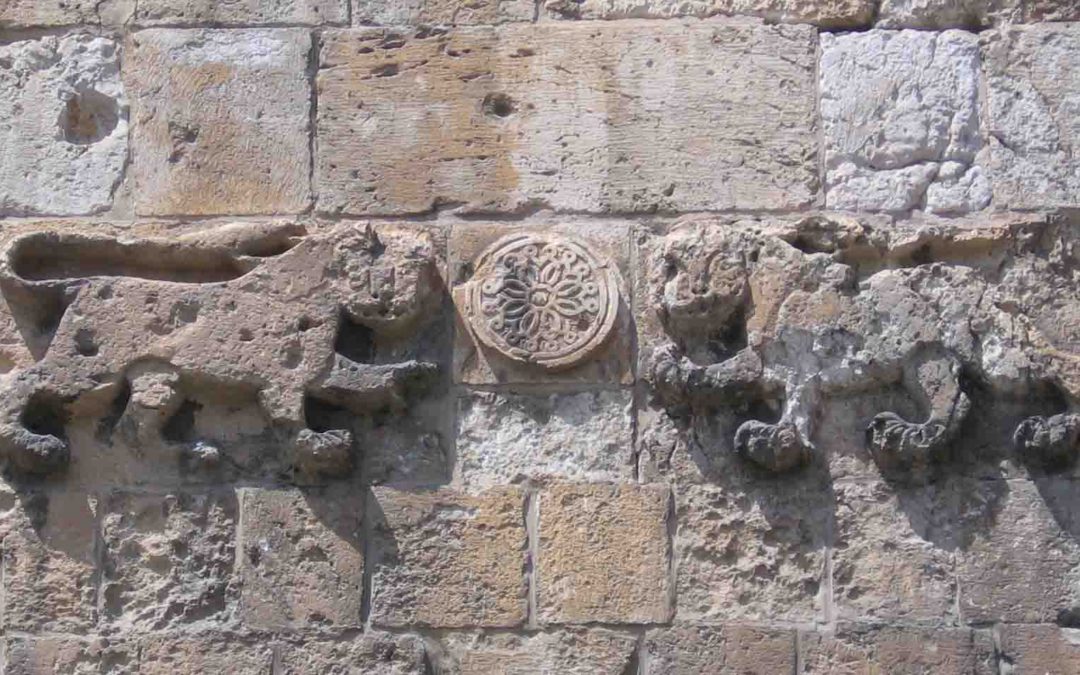 The walls around the Old City of Jerusalem were built in the early 16th century by Turkish Sultan Suleiman the Magnificent. While there are many stories connected to the walls of Jerusalem, it is the story of the gates that we want to tell today. Via the gates people entered and left the city, via them Jerusalem was conquered numerous times, here trading has taken place for thousands of years.  And although the gates of Jerusalem were in a slightly different place in Biblical times, the city gates were a place to learn Torah and to teach law. Today, officially there are eight gates in the walls of the Old City, although there are a few extra “unofficial” gates. Seven of the official gates are still in use, while one has been blocked off for hundreds of years.  Read more to learn some of the secrets and stories of these gates.

1. Jaffa gate (Sha’ar Yaffo)  –  this western facing gate was traditionally the main entrance to the Old City. It is named for the port city of Jaffa which faces this gate, and from where visitors and pilgrims to the Holy Land would disembark from their boats to start the last stretch to Jerusalem by foot or carriage.  In Arabic, this gate is called “Bab el Halil”, “Halil” is the one of the names for Abraham who is buried in Hebron, and this gate also links Jerusalem to Hebron via the Patriarchs Route which starts just outside the gate. There is a gap in the walls adjacent to Jaffa Gate and today cars enter the Old City from here. This breach was made in 1898 when Kaiser Wilhelm the Second made a pilgrimage to the Holy City accompanied by a huge entourage. The Turks made this breach so he could enter the Old City in style on his chariot, without having to disembark and enter the city on foot. From the Jaffa gate, you can enter the Arab Market, or visit the King David Citadel or go to the Jewish Quarter via the Armenian Quarter.

2.  Flowers Gate (Sha’ar Haprachim) –  this gate on the northern wall leads into the Arab quarter.  The name may be derived from a rosette carved on the arch over the gate, or it could come from a similar word in Arabic which means “awakened,” and in that case it may refer to a nearby cemetery and the hope of resurrection.  This gate is also called Herod’s Gate, although this gate is much too recent to be attributed to him.  This misnomer be rooted in mistaken identification of a nearby building, which pilgrims thought served as Herod’s palace.  In this area, the Crusaders penetrated the walls to capture Jerusalem in 1099.

3. Damascus Gate (Sha’ar Shechem) – also facing north, this magnificent gate is named after the most important northern city in antiquity. The triple gate has one large center gate originally intended for important people, and two smaller side entrances for commoners.  In Hebrew, the gate is named after the important northern city in Israel in ancient times, Shechem. The Arabs call it by the most interesting name: “Bab el Amud” meaning the “Gate of the Column/Pillar.” The Romans would place milestones along the roads and highways that they built throughout their empire in order to measure distance.  Point zero in the land of Israel was a great pillar just inside Damascus Gate.  The pillar, for which the gate was named, has been seen in ancient art works, but it has not yet been found in excavations.  What has been found however just below this gate is another triple-arched gateway which built by the Romans in the second century as the northern entry to the Cardo. The Damascus Gate leads directly into the Arab Market, and is the busiest of all the Old City gates.

4. New Gate (Sha’ar Chadash) –  this gate was not a part of the original plan of the city walls. It was opened in 1887 by the Turkish sultan Abed el Hamid in order to give Christian pilgrims who had settled in this area outside of the Old City walls direct access to the sites holy to them in the Christian Quarter. Since it is the most recent of all gates to be built it is called the New gate. It faces Northwest.

5. Zion Gate (Sha’ar Tzion) – Zion is one of the biblical names of Jerusalem, and this gate is on Mount Zion which according to (inaccurate) Jewish, Moslem and Christian tradition King David is buried. For this reason, the gate is called in Arabic “Bab Nabi Daud, “Gate of the Prophet David”.  This gate saw a lot of fighting in the war of Independence and it was one of the main gates used by the IDF to enter and liberate the Old City in 1967, and today you can see its many battle scars from weapon fire.  This gate leads to the Armenian quarter, through which you can reach the Jewish Quarter.

6. Dung Gate (Sha’ar Ashpot) – in the Southeast corner of the old city is the only gate that leads directly into the Jewish Quarter. While the other gates of are named for great cities and wonderful ideas, this one is named for the residue from the Temple and dumped in the nearby Valley of Hinnom, where it was burned.  The tradition of dumping refuse from this gate continued into Roman times, and so the name Dung Gate stuck.  This gate leads to the  Western Wall, the  Southern Wall Archaeological Park and the Temple Mount.

7. Lions’ Gate (Sha’ar Harayaot) – flanking this gate in the stones are two lions on either side of the gate.  Legend had it that one night Sultan Sulimein the Magnificent dreamed that he was being devoured by four lions. When he tried to find an interpretation for this horrific vision, one of his advisors asked him what he was thinking about before he fell asleep. Sulimein answered that he had been thinking of a way to punish the people of Jerusalem who had not being paying their taxes.  To this, the advisor said “ King David and King Solomon ruled from the Jerusalem while lions guarded their thrones. If you treat their city with goodness and mercy, you will be blessed.”  So Suleiman made a pilgrimage to Jerusalem and after realizing that the walls needed rebuilding he took on the project.  They say that the lions on this gate are a reminder of the dream that led him to commission the rebuilding of the dilapidated walls. Israeli paratroops from the 55th Paratroop Brigade famously stormed through this gate during the Six-Day War to conquer the Temple Mount, after which they flew the Israeli flag above the Old City for the first time ever.  The Lion’s Gate, which leads to the Pools of Bethesda , the Via Dolorosa , and the markets.

8. Mercy Gate (Sha’ar harachamim)  – facing the Mount of Olives on the eastern side of the Old City, this gate, which was built in the post Byzantine era is according to tradition, referred to by Ezekiel as the gate through which the prince will enter Jerusalem .  From this stems the belief that the Messiah will enter Jerusalem here. When the Muslims became aware of this tradition, they sealed the gate to block his arrival. They made another move that they hoped would discourage the redeemer by burying their dead in front of the gate. In Hebrew, the portal is known as Sha’ar HaRahamim, the Gates of Mercy, perhaps because it faces the Mount of Olives a cemetery for thousands of years, or perhaps because Jews would pray for mercy here, at the gate closest to the Temple Mount, where they could not enter.  In Christian tradition it is also called the Golden Gate alluding to a miracle that was believed occurred in this area.

While these eight gates of Jerusalem have lots of amazing stories and secrets to tell about the people who built them, tore them down, traveled through them and congregated around them, the prophet Ezekiel says that a day will come when there will be twelve gates in the city walls, one for each of Israel’s tribes (Ezekiel 48:31-34). There will probably be a bunch of new stories to tell when that happens!