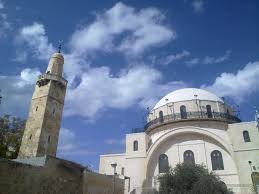 Discover Jerusalem’s 23 (un)familiar facts through the lenses of a young Jew absorbed by the city’s environment and people.

#21: The Tower of David (Museum)
Entering this citadel is like entering through a time machine. Strong feelings of awe and admiration float while observing the magnificent walls and the tower overlooking the entire city. The museum inside the citadel tells the story of the Holy City ever since its beginnings.
Interestingly enough, the citadel has no connection to Kind David whatsoever. The name came from the Church fathers from the Byzantine period who misinterpreted Josephus Flavius’ writings and attributed the tower from the time of Herod, namely the Tower of Phasael, to King David. Besides having priceless architectural and cultural values, the citadel also serves as a venue for various educational activities and programs, concerts and craft workshops. 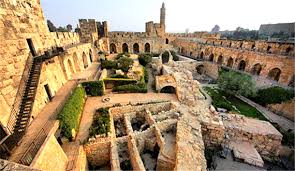 #22: Austrian Hospice
Indulge into a pleasant setting that the Austrian Hospice of the Holy Family offers. Have an original Viennese treat or coffee and head to the roof enjoying one of the best views of the Old City.
Built in 1863 to host pilgrims and crusaders, The Austrian Hospice is a nice, different touch to the busy and loud streets of the Old City. A veil of calmness acting as an invisible wall between rush and tranquility awaits anybody who enters the courtyard of the Austrian Hospice. Nowadays, the building still has a somewhat similar role hosting mainly tourists from Austria and other German-speaking countries. 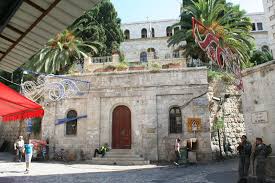 #23: The Only Mosque in the Jewish Quarter
While doing the Old City scavenger hunt, I heard the story of the only mosque in the Jewish Quarter, built no more but by Jews. The story tells us about a Jew who converted to Islam after he’d got into a dispute with his Jewish friends (what a surprise). His mother than decided to dedicate her home in the synagogue courtyard as a Muslim place of worship after learning that Jews had aggravated her son. The mosque still stands in the synagogue complex and overlooks the Jewish quarter, making the bystanders wonder about its origin.

Thank you everyone for reading up every week about all the (Un)Familiar Facts About Jerusalem!