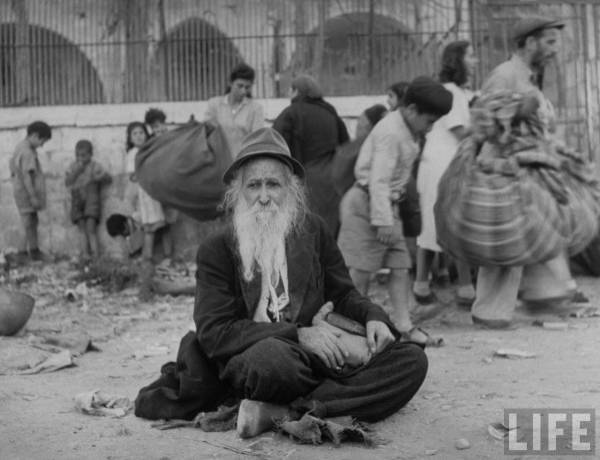 This is the story of Batei Machseh protective homes in the Old City, Jerusalem.

During the 19th century, there was in influx of Jewish immigration to Israel, and many of the Jews came to settle in the Old City of Jerusalem. The growth in population of the Jewish Quarter led to increased demand for apartments and higher rent demands from Arab landlords.  At times, the Jews had to pay three year’s rent in advance.  Those who found living quarters often had to share single rooms with their entire family, along with other desperate families.

The deterioration of sanitary conditions and the shortage of water further aggravated the situation of the Jewish community. A solution needed to be found.  In 1858 this plot was purchased to establish the Batei Machseh protective homes. It was built with a donation by Baron Rothschild and the Batei Machseh building still bears the Rothschild family coat of arms.  One hundred apartments built, available for low rent or even free of charge.  The standard of living in these apartments was relatively high – each apartment had two rooms, a kitchen, a clean courtyard and a well. Below is a picture from the 1930’s of the Batei Machseh protective homes sponsored by the Rothschild family (from Wikipedia). 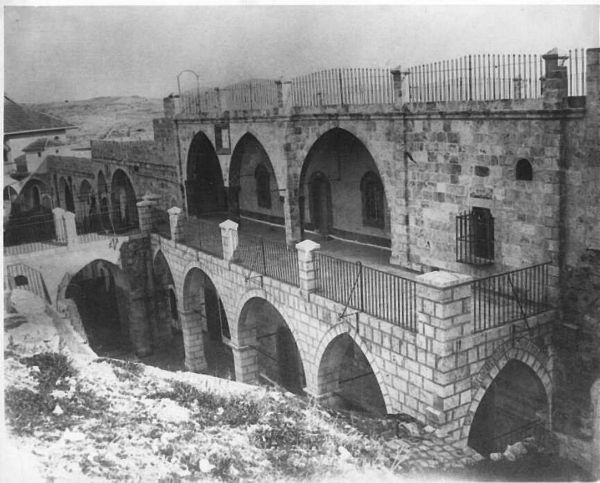 The Batei Machseh housing provided relief for a short period, but it became clear that a long-term solution was needed.  Three years after these apartments were built; Jews started moving out of the Old City as new neighborhoods outside of the walls of the Old City were established.

When the Jewish Quarter came under siege in the War of Independence in 1948, Batei Machseh was the last position held by the residents and defenders. Hundreds of people were crowded into the buildings around the courtyard, and they all stood on the stairs of the Rothschild Building to surrender to the Jordanian Army on May 28 1948.  From here, the last Jewish fighters were taken into Jordanian captivity, while the civilians were evacuated to West Jerusalem. The picture below was taken by Time Magazine Reporter from that day in May 1948. You can see chaos and residents preparing to leave their homes with bundles.

After the Six Day War in 1967, the Batei Machseh building and courtyard were restored.  The row of apartments on the South side of the square became the local school of the Jewish Quarter.  The column fragments, revealed in later excavations are dated to the Second Temple period.  The picture below represents Batei Machseh today (Wikipedia אברהם גרייצר – נוצר על ידי מעלה היצירה) 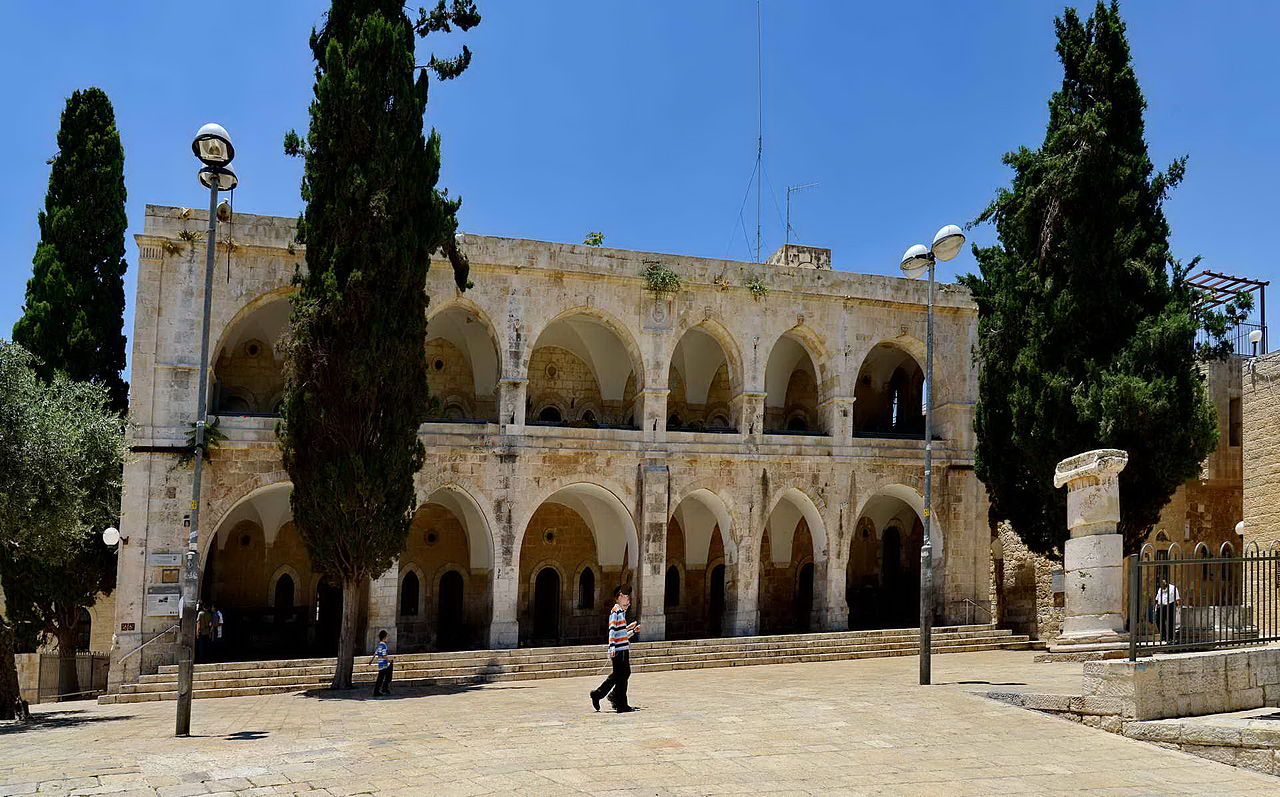