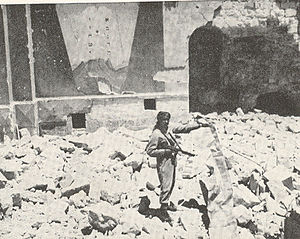 This is the story of the Hurva Synagogue, a symbol of Jewish Jerusalem: destroyed twice, built three times!

Around the year 1700, a renowned rabbi from Russia, Rabbi Yehuda HaHassid, came to Jerusalem to fulfill the dream of return to the land of Israel.  He brought with him with over 500 followers. Sadly, Rabbi Yehuda died soon after arrival, and his followers had to borrow money from local Arabs to build their community. They built a large synagogue on this site, but they soon found themselves with heavy debts.   Finally, in 1721, the patience of the Arab creditors ran out.  They attacked the Jews, forced them out of Jerusalem and their houses and property were confiscated. It was decreed that no Ashkenazi Jew could live in Jerusalem until the entire debt was paid.  The courtyard around the synagogue was converted into Arab shops and the synagogue was left in ruins. Thus, it was known as the Hurva, meaning the Destroyed Synagogue.

In the early 1800’s another group of Ashkenazi Jews came to the Land of Israel.  Some of these immigrants moved into Jerusalem dressed as Sephardic Jews. Every year, a few more Ashkenazi Jews infiltrated the Jewish Quarter.  In 1856, Sir Moses Montefiore received a permit to erect a large building.  In August 1865, the synagogue stood its full height of 45 meters (150 feet).  It was named the Beis Yaakov Synagogue after James (Yaakov) Rothschild, but everyone still called it the Hurva. The magnificent Hhurva synagogue again became the hub of the Ashkenazi community in Jerusalem.  Here Jews prayed and studied Torah round the clock. Here sermons were delivered by famous rabbis to packed audiences. See below the Hurva Synagogue circa 1931, (photo from Wikipedia). 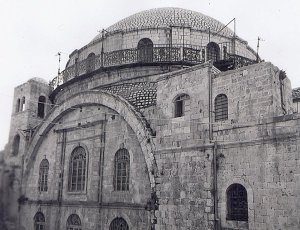 In the 1948 War of Independence, one of the first things the Jordanian army did was to blow up the Hurva which symbolized a vibrant Jewish Jerusalem. It was reduced once again to rubble, and remained as such for the next 19 years. See below  a photo of a Jordainian solider inside the ruined Hurva synagogue (photo from Wikipedia)

After the Six Day War in 1967, when the Old City was cleared and re-built, the Hhurva remained a ruin. One of the four arches that supported the synagogue’s monumental dome was recreated and for many years, this was the only remnant of the magnificent Churva synagogue.  See below a picture of the reconstructed arch among the ruin of the Hurva (photo from Wikipedia by MathKnight) 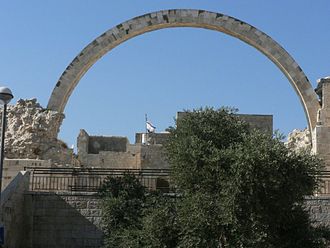 In 2000, the Israeli Government approved plans to rebuild the Hurva, and in 2010 it was finally complete.  The Hurva Synagogue towers once again over the Jewish Quarter and has returned to its former glory. (photo from Wikipedia by Chesdovi (London, UK) ) 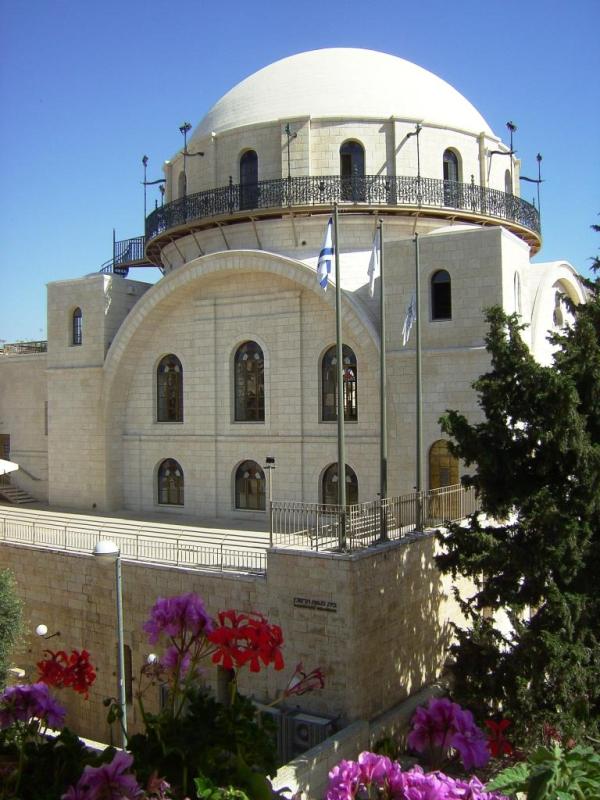